Listen up Bowsers, Starbow’s and The Space Committee...David Bowie has arrived

Listen up Bowsers, Starbow’s and The Space Committee... David Bowie has arrived!

A random Google search of the phrase “ music legends” reveals a list of the usual suspects - famous groups such as The Beatles, The Rolling Stones and Pink Floyd, together with a selection of talented and celebrated solo performers like Jimi Hendrix, Elvis Presley and David Bowie. Renowned for his iconic songwriting skills and legendary performances, David Bowie remains one of the most iconic musicians of the 20th century. He is now being celebrated with the David Bowie 2020 UK 1OZ and 1/4OZ Gold Proof Coins from The Royal Mint.

Rael Demby, CEO of The South African Gold Coin Exchange & The Scoin Shop, said, “ We are thrilled to announce the release of the David Bowie coin. This is the third coin in our Music Legends collection and celebrates rock’s definitive chameleon. We launched the Queen and Elton John collectable coins in 2020. They were extremely popular and were quickly sold out.”

Fans of David Bowie, known as Bowsers, Starbow’s and The Space Committee, can pay homage to their hero with this unique, collectable gold coin, celebrating one of music’s true icons. The reverse of the coin shows Bowie, in profile with a thunderbolt and stars, looking at the design. In the lower-left, beneath the thunderbolt and next to David Bowie’s shoulder, the coin designer’s initials JC (for Jody Clark). Diagonally below, the inscription BOWIE can be seen. The obverse with Her Majesty The Queen is surrounded by the date, face value and denomination.

Coin collecting may seem like a boring hobby, but the art of coin collecting is well-suited for our current social distancing era. You can sit tight at home, organise your collection, do research, and scour the internet for items you might want to purchase. There are multiple types of collecting you can do with coins. You can collect by a design theme, by year or period, by country, or by the metal used. You can also collect coin sets. Passionate music fans and dedicated coin collectors will be keen to get their hands on the Bowie coin, especially if they already have the Queen and Elton John ones. The Bowie coin will complete the trio.

David Bowie fans, coin collectors or those looking for an alternative asset class can find out more at www.scoinshop.com or call 011 784 8551. 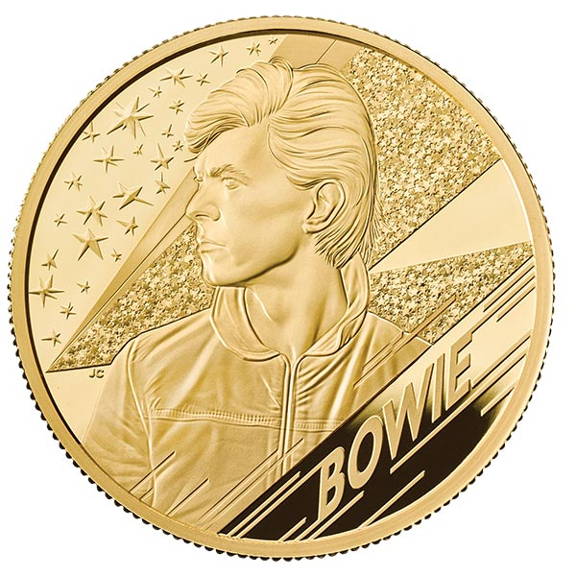 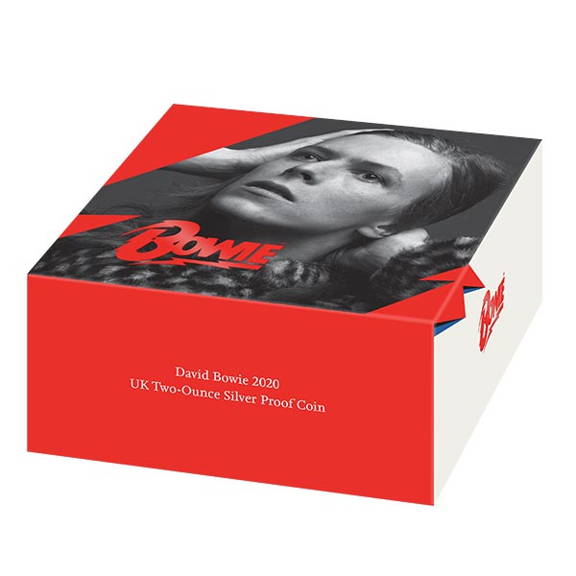