You probably know Gareth Cliff from his time at 702 Talk radio and 5FM, but did you know he is also a bestselling author, public speaker, entrepreneur and President of CliffCentral.com. This month CliffCentral.com celebrates its 7th Anniversary. Congratulations to the team! Adding to Gareth’s other attributes is his obsessive collecting disorder, making him the perfect host of our podcast called COLLECTOMANIA. We asked Gareth about the evolution of podcasting, his favourite place to catch up on his preferred playlist and why he believes collectors are higher up on Maslow’s hierarchy.

Some of us have never listened to a podcast, or if we have, we still can’t quite put our finger on what exactly it is. 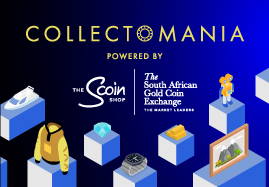 How would you describe a podcast?

This sounds boring, but a podcast is just a sound recording. What isn’t boring is the stuff that makes a great podcast: amazing stories, insightful interviews, information, inspiration, entertainment and empowerment. Podcasting can be anything from an online university to the funniest conversation you’ve ever heard.

What are some of your favourite podcasts, and what are you listening to at the moment?

I’ve been a podcast listener for well over 15 years now. I started listening to recordings of Howard Stern’s show that a friend of mine in New York made for me in the 90s… I suppose you could call that a podcast? I have listened to Bill Maher, Joe Rogan and Dr. Laura, and many well-known broadcasters for years. I have started listening to people you may never have heard of - Chris Williamson, Emma Rutland, Julia Davis, Dan Carlin. One of the best new podcasts I’ve found is the Daily Wire’s Matt Walsh and a New Zealand University’s series on the periodic table elements.

When and where do you listen?

All the time. I even have a speaker in my shower. Because I’m single and live alone, I don’t even need headphones. There’s always something playing. This is why I might end up staying alone, forever ;)

What makes a standout podcast?

Consistency, humour, really smart people and chemistry. It should also be well-produced and leave you wanting more…

The art of the podcast interview is …

Listening. It sounds like a cliche, but all the preparation in the world won’t make a great interview unless you find a gap to ask something spontaneous, and usually because of what the subject says… Something that is unexpected, real and powerful…

Podcasts are an incredible way to connect with guests and learn from their expertise.

Oh, there are so many… If I could only think of one, I would have been asleep at the wheel for the past seven years. I’ve had the opportunity to meet just about anyone in the world I have wanted to and sometimes speak to them for an hour or more. It’s like my own personal campus with the best lecturers of all time. Some have changed how I think about money and time and space; others have made me laugh about how ridiculous things are. All have added tremendous value - and mostly for my audience.

I know you do plenty of research and preparation for your show - but have you ever had to “just wing “ it?

Often. The key is to pretend it’s perfectly normal…

Me to up the ante. If the guest is boring, it’s my fault. Everyone is interesting; you just have to find out what they’re interested in. If I can do that, they transform like a caterpillar into a butterfly.

It gets me into trouble and makes my life complete - both, in enormous quantities. I think curiosity is my best character trait. When I’m not curious, something is wrong, and I’m out of kilter. Of course, some subjects bore me to death, but I have to work harder to see why those subjects interest other people so much, so it becomes a game. I have never understood why people care about cooking or why they buy recipe books. It makes absolutely no sense to me. I cannot cook, and I don’t care. I appreciate good food and love that people can be so passionate about, but I just don’t get it. Then I remember that nobody I know cares as much as I do about ancient history, inorganic chemistry, classical architecture, edged weapons, and numismatics like I do.

COLLECTOMANIA is a recent addition to the CliffCentral podcast lineup.

Some say collecting is something built deep within us, that the desire to collect is part of human nature. What do you think?

Yes, I think it’s also about a deep appreciation for life, artefacts and the stories associated with them. People who are in survival mode or bogged down in drudgery don’t have time to collect things. Collectors are, by definition, people who are higher up on Maslow’s hierarchy. They painstakingly, and at great expense of time and money, curate the things they care about - for intrinsic, curious or inexplicable means. They are the ones who make it possible for the people who come after them to understand history, culture, the totality of human knowledge and wealth. The greatest collectors invariably become the custodians of humanity’s story. Without librarians, art aficionados, museum curators and eccentrics, history may as well be made up.

Are you a collector?

Very much so. I collect coins, swords, books, chemicals, tequilas, historical objects, colognes, furniture, pictures, flags, sneakers and many other things - and all of them obsessively. My house is a place to keep my collections.

Collecting is simply the quest to…

Leave a life worth remarking upon, in a very long sentence.