Editor of FinWeek Jaco Visser interviewed Rael Demby. They discussed the demand for gold, factors driving appetite for physical gold and how The South African Gold Coin Exchange & The Scoin Shop are pivoting to respond to clients. Here is the conversation from that Zoom call and this feature also appeared in print, FinWeek Friday 26th November.

Consumer price inflation has been on an upward trajectory in South Africa coming in at 5% year-on-year in September – the second-highest level since November 2018. In the US, the inflationary picture looks worse. Global price increases are driven by supply-chain bottlenecks (where components for manufactured goods sit on ships in overcrowded docks), increasing base metal prices and runaway crude oil prices (the latter being accelerated by a dearth of new oil supply coming on stream).

Against this backdrop, together with a decline in the price of gold during August this year, saw demand for gold bars and coins skyrocket. Investors in physical gold (not through exchange-traded funds) rose 18% year-on-year during the three months ending 30 September, according to the World Gold Council. Investment in gold bars and coins jumped 262 tonnes during this quarter, according to the council.

“Fears of political instability and rising inflation is driving the domestic demand for gold bars and coins too,” says Rael Demby, CEO of Scoin Shop and the SA Gold Coin Exchange (SAGCE).

Other dynamics are also at play in the SA market for physical gold. Local economic issues, such as the rut in the non-mining sectors and increasing unemployment, drives higher selling of existing bullion from customers, explains Demby.

“Most owners of gold coins don’t have a choice whether they’d like to sell their bullion,” says Demby. “Actually, they don’t want to sell their gold, but to survive they must sell.”

Since 1999, Scoin Shop has served its customers through allowing them to buy physical gold coins and sell them when needed. “My father, who founded the company, believed that every South African should have the ability to buy and sell physical gold,” says Demby. “We also believe that physical one-on-one interaction with our customers is crucial in building a thriving physical market for gold coins.”

Therefore, Scoin Shop has 10 physical shops spread across Gauteng, Limpopo, Western Cape, Kwazulu-Natal and Eastern Cape. The company also has a strong online presence which makes for seamless buying, selling, paying and delivery of gold. For customer reassurance about the safety of their bullion, Scoin Shop partnered with SafeGold for the safe storage of their gold.

Scoin Shop sells a range of gold coins. These include the famous Krugerrands, in denominations of one-tenth ounce, one-quarter ounce, half-ounce and one ounce.

In a first for South Africa, Scoin Shop partnered with the goldtech company Troygold to allow customers to monetise their bullion holdings. Thus, Scoin Shop truly makes it accessible for South Africans to buy, sell and hold physical gold in a transparent, monetizable and digital way.

“Every South African should truly have the ability to buy and sell physical gold,” says Demby. “Especially amid rising global inflation.” 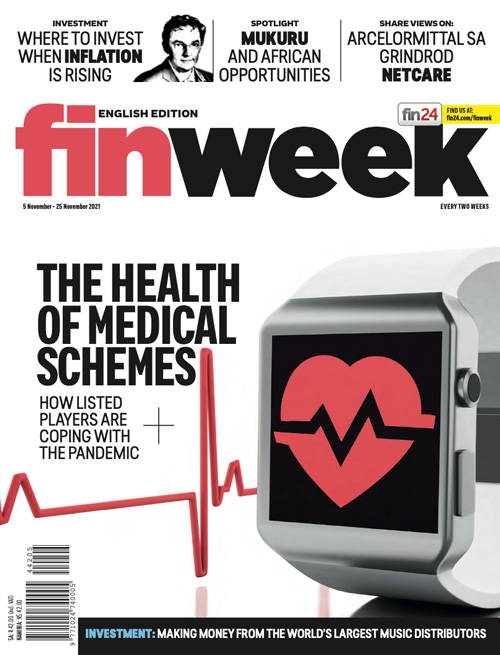