Here's to the golden women of the world

We're celebrating the strong, precious and powerful women of the numismatics world

Read about some of the influential women who have left their mark: 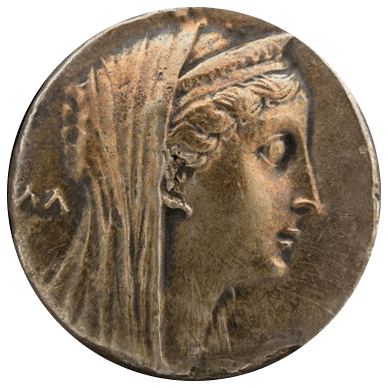 A unique, extremely fine, solid gold Octadrachm or Mnaïeion, the most valuable and heaviest gold coin struck in all antiquity. Minted around 253 BC by King Ptolemy II of Egypt in the honour of his Queen, Arsinoe II Philadelphus. 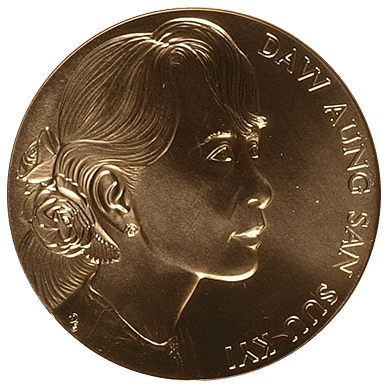 Democracy activist Aung San Suu Kyi won the Nobel Peace Prize in 1991 amid her struggle against the regime in Myanmar, formerly known as Burma. She was kept under house arrest by the military regime for most of the 1990s and first decade of the 21st century. Today, Suu Kyi has gained political power, and now serves as foreign minister. 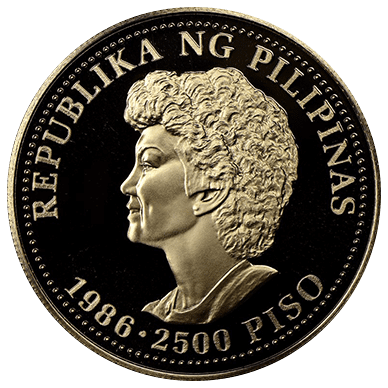 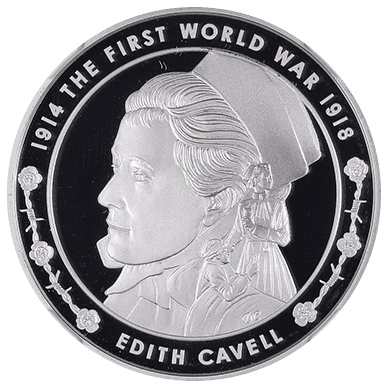 Edith Cavell was a British nurse who worked during World War I and treated injured soldiers from both sides, helping dozens of British and French soldiers reach freedom. She was arrested in August 1915 and tried by German forces. Her execution by firing squad in October 1915 caused international outcry. 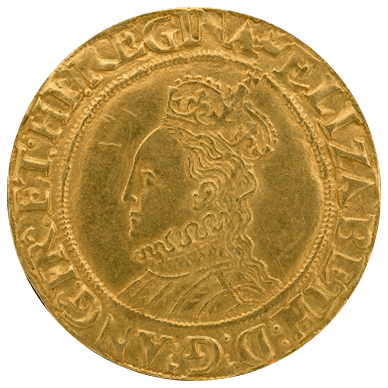 Elizabeth was born on 7 September 1533, the daughter of Henry VIII and Anne Boleyn in the House of Tudor. She reigned from 17 November 1558 until her death (aged 69) on 24 March 1603. Elizabeth I was the last of the five Tudor Monarchs. 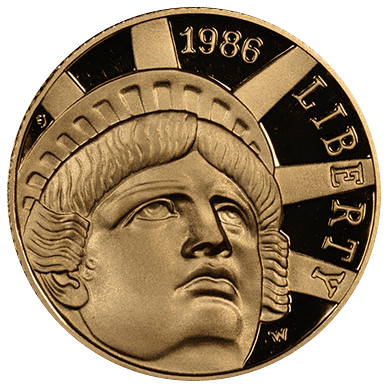 From 1981 to 1991, Elizabeth Jones was the 11th chief engraver of the US Mint, the first woman to hold that position. Among her other designs is the 1983 Los Angeles Olympic dollar commemorative. 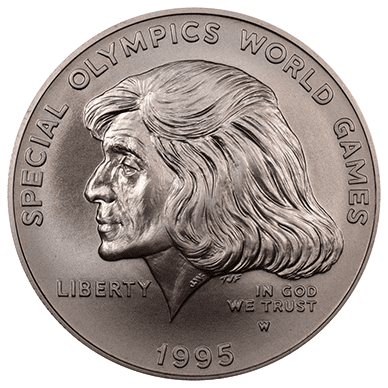 Shriver helped found the Special Olympics in 1968. Today, the worldwide organization provides enriching opportunities for people with intellectual disabilities through sport competition. For her lifelong efforts, Shriver received a Presidential Medal of Freedom from President Reagan in 1984 and a papal knighthood in 2006. 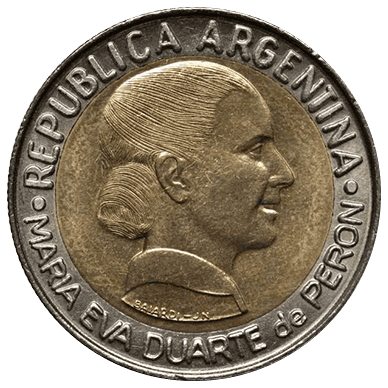 Eva Duarte de Peron, often referred to as “Evita,” was first lady of Argentina from 1946 until her death in 1952. She pushed for women’s suffrage in Argentina, which was granted in 1947. She also encouraged women to get involved in politics by establishing the Female Peronist Party. She was given the title of “Spiritual Leader of the Nation.” 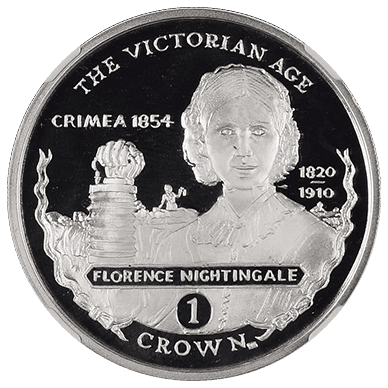 Florence Nightingale led a team of nurses who cared for the wounded during the Crimean War. Nightingale established a nursing school in London that raised the profile of the nursing profession and expanded career opportunities for women. She was the first woman on British money who was not a monarch. 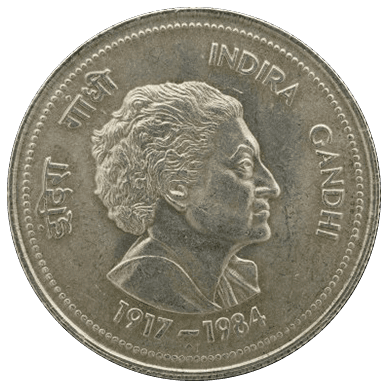 Indira Gandhi was the first prime minister of India. One of the world’s first elected female leaders, she led the world’s second-most-populous nation, which at the time had over half a billion people. She achieved a commanding presence within India’s political world. 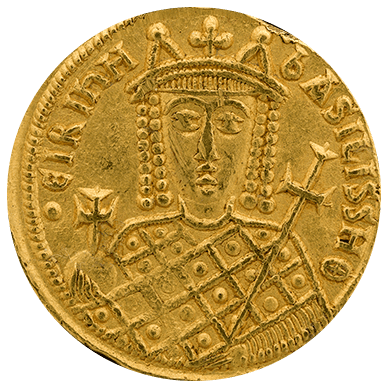 Irene of Athens, was empress of the Eastern Roman (or Byzantine) Empire for almost 30 years. Shrewd and ruthless, she became the first woman to rule this fiercely masculine empire in her own right. Her coinage is eagerly collected today. 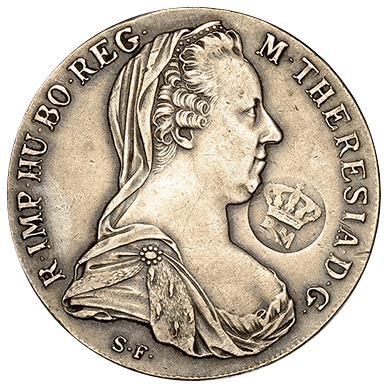 During her reign, she successfully reorganized Austria’s economy by taxing the nobility and reformed the military by establishing a standing army. Theresa also introduced smallpox inoculation, instituted mandatory public schooling for children and outlawed witch burning. She made Austria a culturally-important and modernizing force in the 19th century. 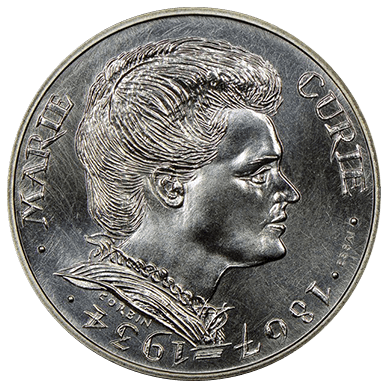 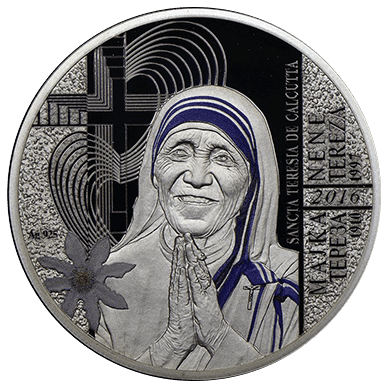 Anjeze Gonxhe Bojaxhiu left home at age 18 to pursue life as a missionary. In 1929, she arrived in India and took her vows as a nun in 1937. Feeling a calling to focus her ministry on serving the poor, in 1950 she founded the Missionaries of Charity, an organization that today includes thousands of nuns. She was given the Nobel Peace Prize In 1979. 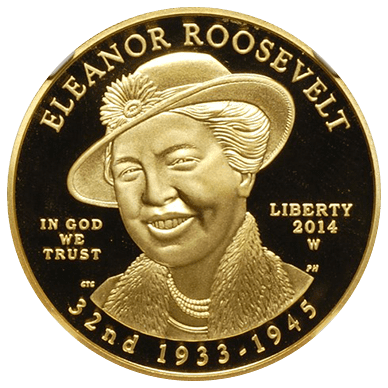 Phebe Hemphill has been a sculptor-engraver for the US Mint since 2006. Her sculpting credits include several First Spouse obverses, including Eleanor Roosevelt (2014). Hemphill’s designing and sculpting can be seen on everyday American currency. 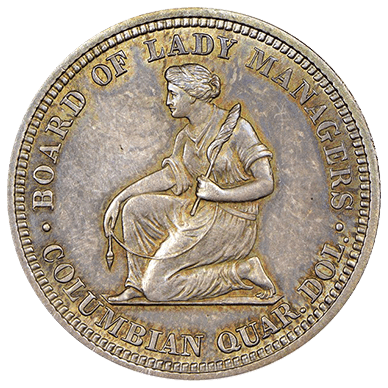 The first woman to appear on any U.S. coin made her debut at the 1893 Columbian Exposition. The marriage of Isabella and Ferdinand set the stage of the unification of Spain, and their sponsorship of Christopher Columbus’ voyage in 1492 laid the groundwork for the Spanish Empire. 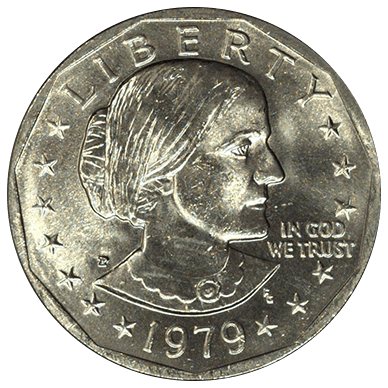 Anthony co-founded first national women’s political group in the US, which successfully pushed for a constitutional amendment to outlaw slavery. She also helped lead the effort to give women the right to vote in the US. She was key in presenting Congress with an amendment to protect the right of women to vote in 1878. 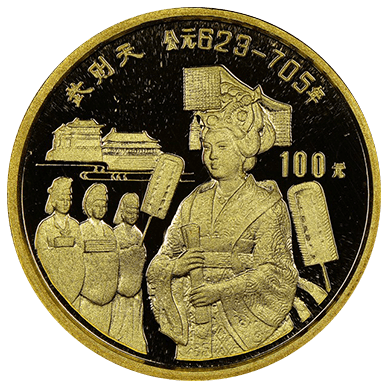 Empress Wu holds the distinction of being the only empress regnant of China. Starting in A.D. 660, she wielded considerable power after her husband, Emperor Gaozong, suffered a stroke. She is remembered for expanding China’s territory while aggressively guarding her own political power. In 1690, she established the Zhou Dynasty.