History and a keen interest in numismatics collide

Meet David Macmillan, Sales Consultant from our head office in Sandton City. As a numismatic enthusiast, we picked his brains about some of his research into the history of South African Coins, a couple of his favourites...and why in his opinion ZAR’s are the pinnacle of South African collectable gold coins and numismatics.

Are you a numismatics collector?

I’ve always been a collector and have a particular soft spot for foreign currency and old circulation coins. Luckily for me, I inherited a substantial assortment of coins and war memorabilia from my grandfather, which spurred my interest on and since then, I have been adding Natura Proofs as well as other gold proofs and silver to my collection.

What is your most treasured collectable?

At the moment a Bi-Metal Big 5 Medallion Crown Set from the UK as well as coins from the former Rhodesia which I have. If I could, I would purchase all the “wild cat-themed” Natura coins - maybe because my Star sign is Leo - the Lion.

Modern coins are also highly collectable - what’s your favourite in this category?

Modern numismatics are certainly taking off. I am definitely a devotee of anything in the Natura Range. Many collectors are also keen to add 2021 Britannia 1oz. Silver and the Eureka 4 Coin Set to their collections; the Britannia for its leading anti-corruption design and the Eureka for its exceptionally low mintage. Although, all the Natura Coins are masterpieces of art, design and craftsmanship, capturing the very heart of Africa. However, there are beautiful modern numismatics out there from International Mints, such as the prestigious 2020 Five-Sovereign Crown by the Royal Mint and The Oak 1/2oz. €1000 Gold Coin, a potent symbol of resilience to the French people and it is interesting to note that you can take it to any French/Eurozone bank to be remunerated for its face value! Oh, and let us not forget, the “Penchant” of this blog, the ZAR collection.

Working for The South African Gold Coin Exchange & The Scoin Shop has given you the envied opportunity of immersing yourself in one of your passions - tell us about that?

My previous roles were in the banking and construction industries. Working for The South African Gold Coin Exchange and the Scoin Shop gives me the opportunity to touch and feel some of the most collectable, valuable and sought after South African coins. Being able to talk to career coin experts like Len Sham and Kevin Rowley has ignited my interest in the history of coins. I’ve always had a strong interest in the first coins minted in South Africa; the Burgers Ponde. There were two coins minted in 1874, the Fine Beard and the Coarse Beard by Ralph Heaton and Sons, also known as Birmingham Mint, or Heaton's Mint. The Course Beard was only noticed to be different in the late 80s. Although the mintages are relatively unknown, between 837 and 695 Fine Beards were produced and about 142 Course Beards. These coins form part of the ZAR “Big Five”, with the others being the 1898/9 “Single 9”, The 1899 “Double 9” Overstamp and the 1902 Veldpond “The Romantic Coin of the ZARs.

For those of us who are novices, tell us about the famous Double shaft and the Single shaft Ponde coins?

Then in 1898/9, The “Single 9” was produced which has been labelled as the ‘King of all South African Coins’ as there is only one which sold for R9.8m in 2001, the whereabouts are now unknown. The “9” was stamped onto the shoulder of President Kruger on the obverse side of the 1898 Kruger Pond in order to indicate the year ’99. The reason being that the “Single 9” was manufactured during the onset of the Anglo-Boer War between South Africa and the British Empire in 1899. Since they did not have a facility to produce dies for coinage in South Africa, the government contracted with a mint in Germany to create dies for 1899 coinage. However, en route from Germany to the Transvaal, the shipment of dies was intercepted and seized by the British.

In 1898/99, realising that the “9” stamped on the Single covered the bust of President Kruger which resulted in the production of the “Double 9", with a “99” stamped on to the shoulder of President Kruger on the obverse side of the 1898 Kruger Pond, around 130 “Double 9” were minted so it is incredibly rare to see one, and we are just so privileged to have one for sale!

During the Second Boer War, gold coins played a vital role - explain a bit of that history.

Shortly after the beginning of the war in 1899, British Imperial troops under Lord Roberts invaded the Transvaal and occupied Pretoria. The State Attorney collected all of the minted coins and un-minted blanks and took them by rail to President Kruger at Middleburg. Pretoria fell to the British on June 5th, 1900. To assist, as there was a shortage of coins that occurred at the beginning of the war, “blanks” which had been removed from the ZAR mint were placed into circulation. These blanks were coins at the very early stages of coin manufacture. Prior to any coins being minted, blanks are produced, prepared and then stamped. Many of these blanks had a raised rim and others had no rim at all. The next process for the coins with rims would have been their stamping by the mint dies, creating a complete coin. The blank ponde that had no rims were referred to as the “Lydenburg Blanks” and the blank ponde with rims were referred to as the “Machadodorp Blanks”.

Following two and a half years of intense combat, by 1902 the Boers displayed typical ingenuity and invented a make-shift mint; that’s how the hand struck Veldpond arrived.

By 1902 funds were urgently needed by the Boer forces to buy supplies, particularly maize and wheat, from local African farmers. At that time, paper money that the government had brought into circulation was unacceptable to the farmers, to make matters worse, almost the entire supply of paper money had been lost in a skirmish with the British. The Boers, therefore, needed to produce coins and thus the Veldpond was hand struck with primitive means, showing the tenacious resourcefulness of the Afrikaners which is how it earned its namesake as the “most romantic coin of the ZARs”, being minted by this make-shift mint, which was known as The "Staats Munte Velde "the "State Mint in the Field".

While David Macmillan keeps swatting up on his coin history, he tells us that he would relish the chance to visit the South African Mint’s Museum which documents South African History from the perspective of coins. Also on his bucket list is The Royal Canadian Mint.

“I know that they have virtual tours on Zoom but nothing would beat the in-person experience to learn more about the storytelling of the Royal Canadian Mint and meet some of their ambassadors that have such immense pride and passion for coin making.” 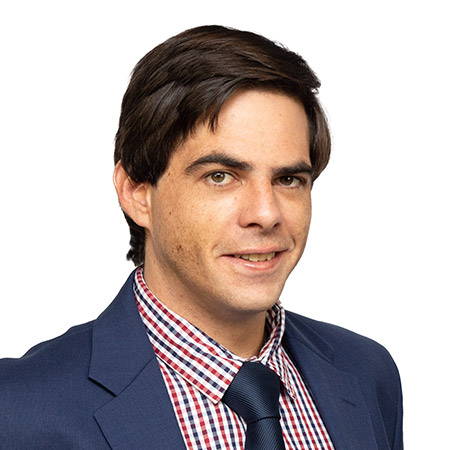