Towards the end of 2020, the latest movie in the thrilling James Bond franchise is set for release. No Time To Die is the 25th instalment starring the legendary, fictional character 007. British actor Daniel Craig once again plays the lead role of Bond, the British secret agent working for the UK's Secret Intelligence Service MI6. Craig also headlined Casino Royale (2006) Quantum of Solace (2008) Skyfall (2012) and Spectre (2015).

Since the first James Bond film, Dr. No, exploded onto cinema screens in 1962, Bond has established himself as the world's favourite secret agent, and his code name 007 has become embedded in pop culture. Created by English writer Ian Fleming, James Bond is part of the longest-running continuous franchise which is also one of the highest-grossing media phenomena of all time with total revenue from the series estimated to be worth over $20 billion!

James Bond is a combination of action-man, style, wit and sex-appeal, demonstrated by his bespoke tuxedo tailored at Savile Row, his hand-built Aston Martin DB5, “Wet Nellie” submarine… as well as his choice of gadgets, technology, espionage techniques and the perfect martini… "shaken not stirred". 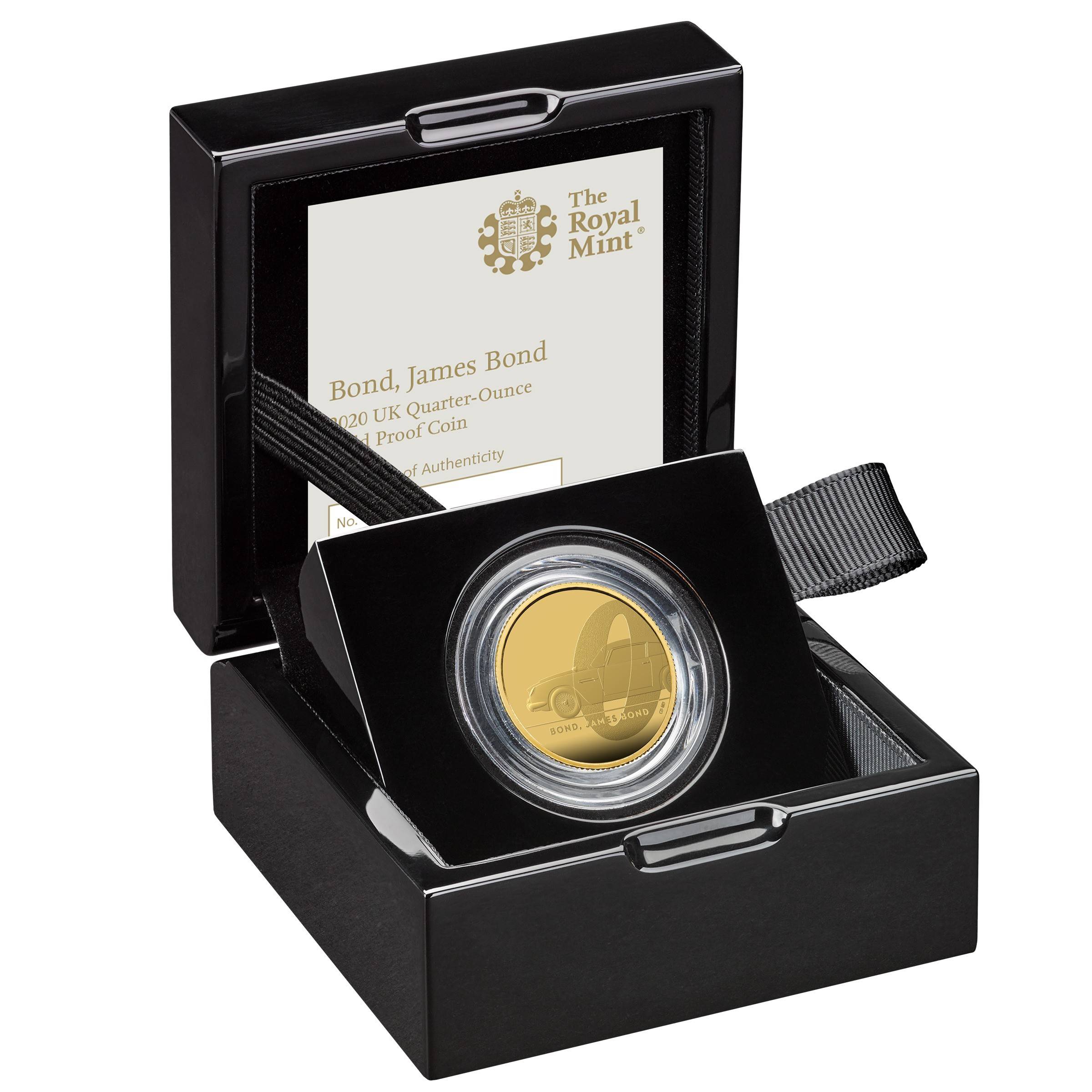 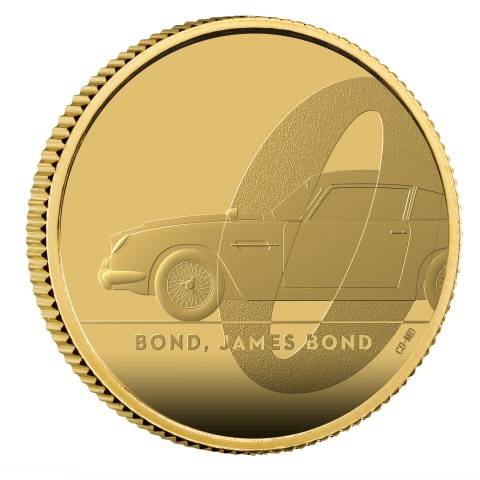 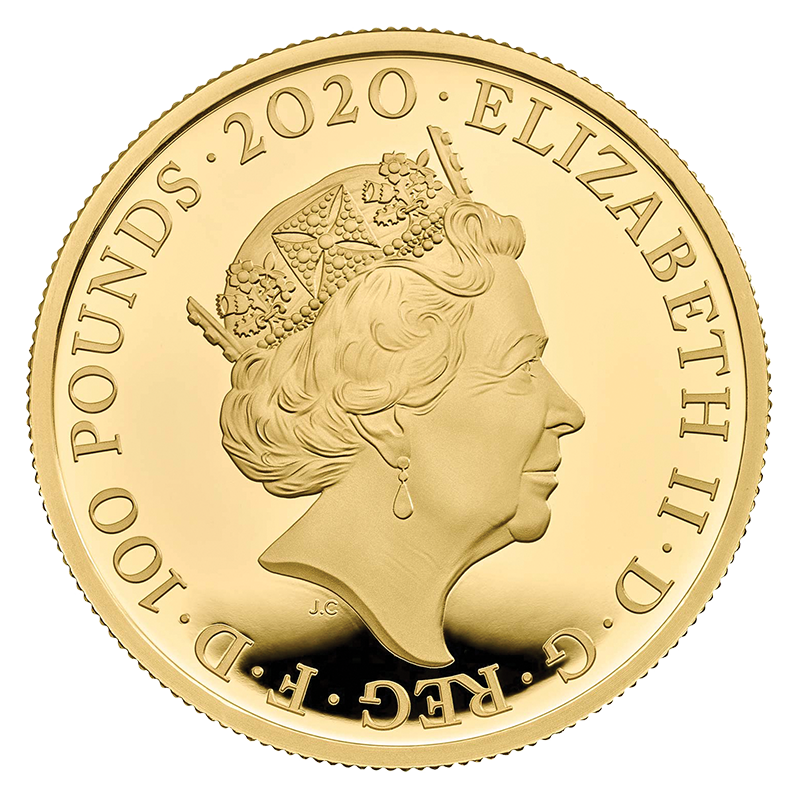 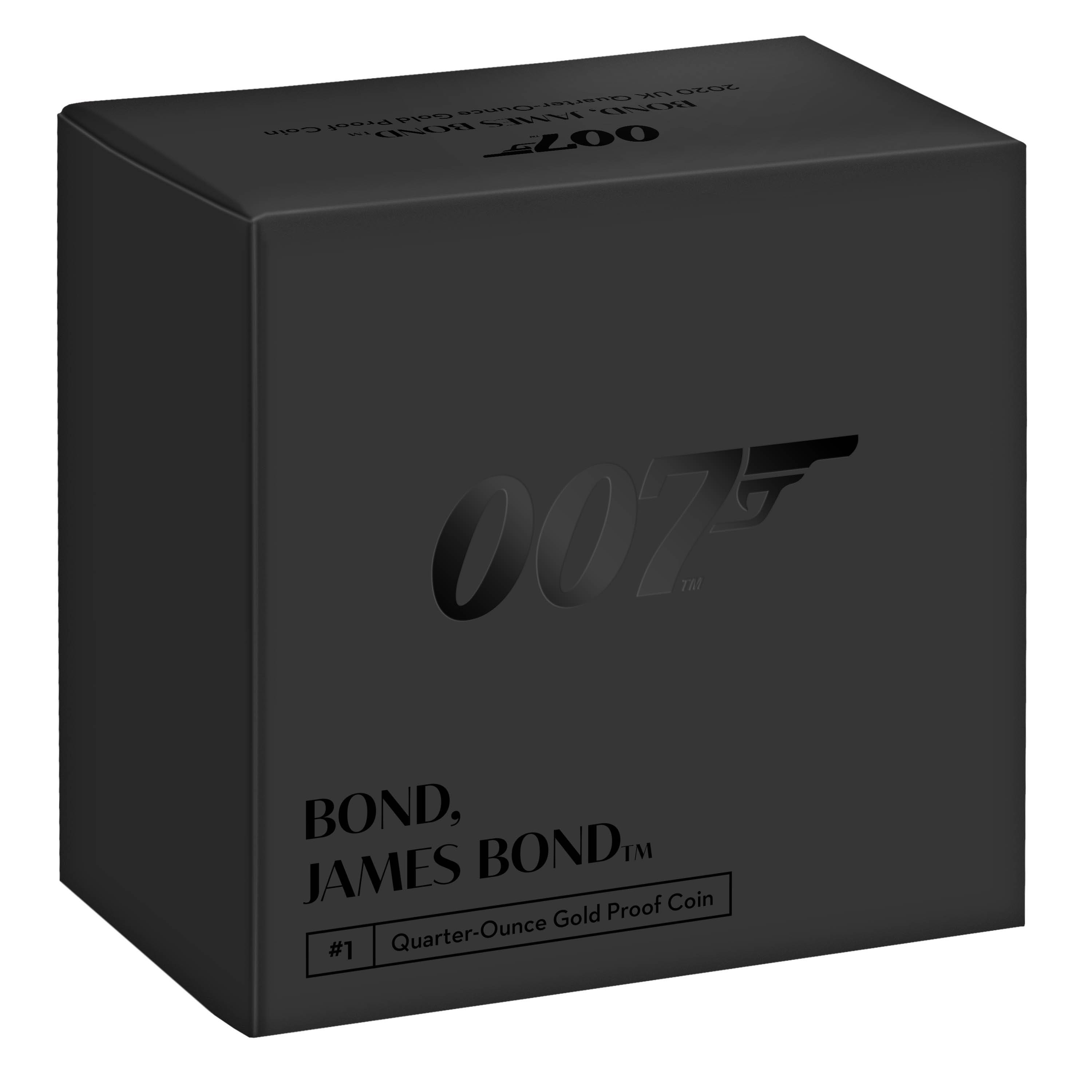 The first coin in this collection has been released and features Bond's Aston Martin DB5 on its reverse and the legendary line "Bond, James Bond". The obverse of the coin bears the image of Her Majesty Queen Elizabeth II, the 2020 year-date, weight and purity, and the monetary denomination. The trio of coins has been designed to include the iconic imagery of the Aston Martin, the submarine and the tuxedo. When placed together, the three coins cleverly reveal the 007 configuration.

Creative duo Matt Dent and Christian Davies, partners at design agency Bison Bison, created the coins. Dent and Davies are innovators, creators, and artists and they rose to the challenge this project presented. Hours spent re-watching all the Bond films was not time wasted but rather time well-spent, as the catalogue of films with exotic locations, villains and technology, inspired the pair to focus on quintessential elements which people would recognise instantly.

When placed together, the three coins cleverly reveal the 007 configuration.

Once the creative team had chosen the Aston Martin DB5, submarine and tuxedo, there was intense collaboration with the designers at The Royal Mint based in Llantrisant, Wales.Working together resulted in organic, soft lines of the tuxedo as well as complex relief in justline form.

Dent and Davies rank Daniel Craig as their favourite Bond, saying he brings “a gritty and dark direction” to the beloved character, enhancing the style, weaponry, dangerous adversaries and glamorous settings of all preceding James Bond films.