This celebratory coin celebrates a milestone achievement for the royal family, the 70th wedding anniversary of Queen Elizabeth II and Prince Phillip.

The Queen 70th Anniversary 1/4 oz Platinum coin is a commemorative coin with a reverse designed by John Bergdahl, depicting a double shield design that features the appreciation for armory that the two families shared, the two families who became one when the couple was married.

Queen Elizabeth II and Prince Phillip have held a position of great respect, and have been a symbol for everlasting love as they have entered into their golden age, together.

This coin celebrates the couple, the support and admiration they’ve exuded over the years and the milestone that is 70 years of marriage.

The obverse side designed by Etienne Millner who showcases a combined portrait of the pair. The coin showcases both Queen Elizabeth II in the foreground, crowned and wearing a pearl necklace, and Prince Philip, Duke of Edinburgh in the background. Around the coin is the monarch’s legend “ELIZABETH II D G REG F D”, meaning Elizabeth II, by the Grace of God, Queen, Defender of the Faith, followed by Prince Phillip’s legend, “PHILIP PRINCEPS” meaning Philip, Prince. The value and denomination “25 Pounds” is also displayed on the obverse side, while the artist’s initials EM sit below the Queen’s necklace. 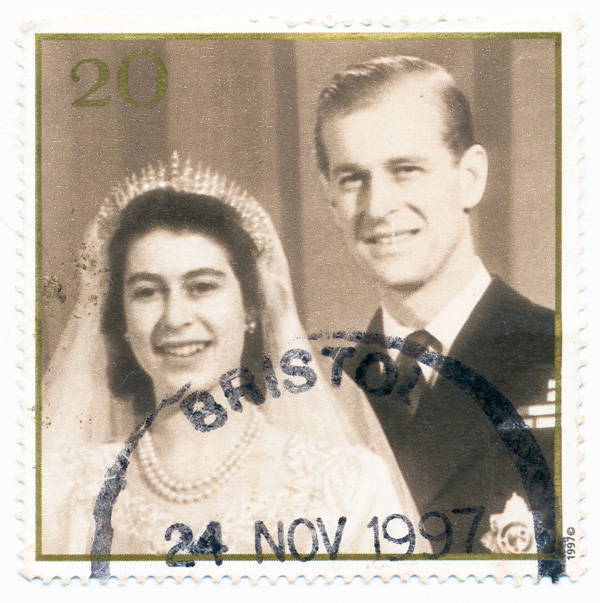 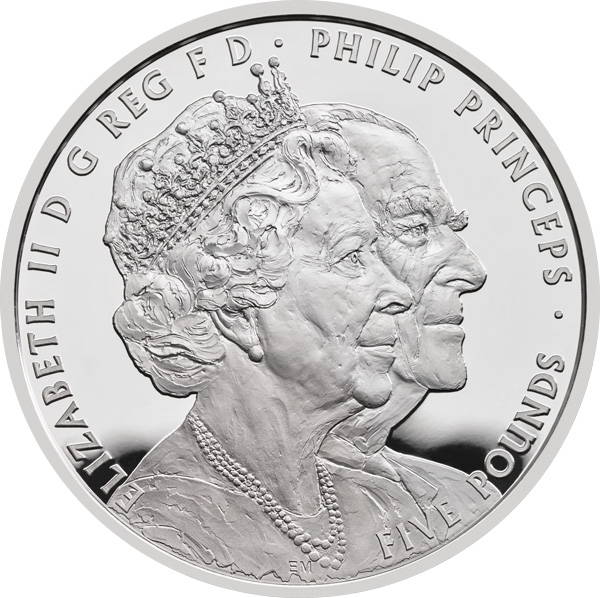 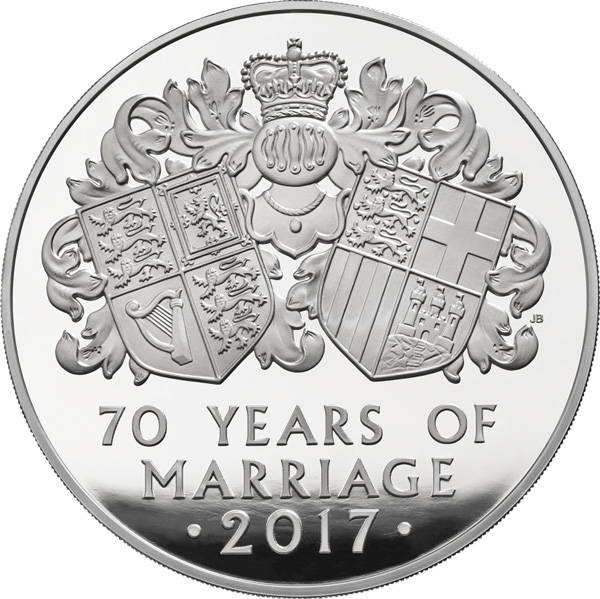 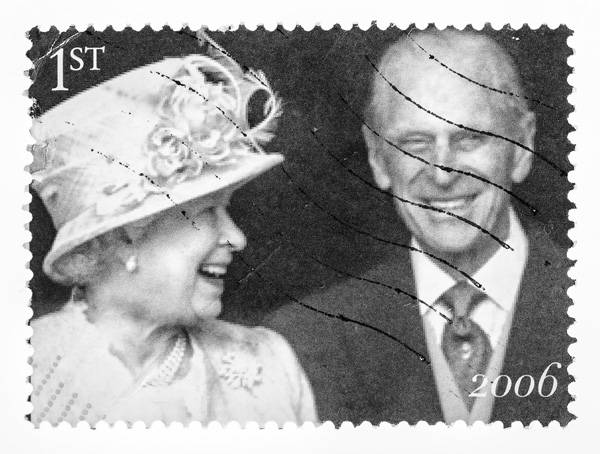 The reverse has a double shield, depicting a double shield design that features the appreciation for armory that the two families shared, the two families who became one when the couple was married. On the left of the coin sits the Coat of Arms of the Queen, representing England, Scotland, England again and Northern Ireland (Wales has no Coat of Arms so is not represented). While on the right, the Coat of Arms of Prince Philip where three lions "passant" represent his Danish royal lineage, a cross represents his Greek royal lineage, a castle on a hill is for his title as Duke of Edinburgh, and vertical lines in the other quarter stand for Battenberg/Mountbatten. Below, the inscription “70 YEARS OF MARRIAGE” together with the date 2017. The artist's initials JB are next to Prince Phillip’s arms.

The coin is made of platinum and weighs one quarter of an ounce.