On 15 February 1971, the United Kingdom’s coinage evolved from the centuries-old system of pounds, shillings and pence to a new, modern decimal currency. This changeover took many, many years of careful and strategic planning and involved a huge educational and informational campaign to make the public aware of the changes that were happening.

The sheer volume of coins required for the changeover meant that The Royal Mint needed to move location to a new home with new production techniques, processes and machinery. The changeover was no easy task. Far from being an overnight switch, Decimal Day took months of careful planning.

A huge information campaign communicated all the necessary information to the people and businesses of Britain. Leaflets and posters were distributed, and television broadcasts helped to explain the new system. The BBC broadcast a series of five-minute programmes known as Decimal Five, and ITV broadcast Granny Gets The Point, a short drama where a grandson taught his grandmother to use the new decimal system.

The changeover was no easy task. Far from being an overnight switch, Decimal Day took months of careful planning. 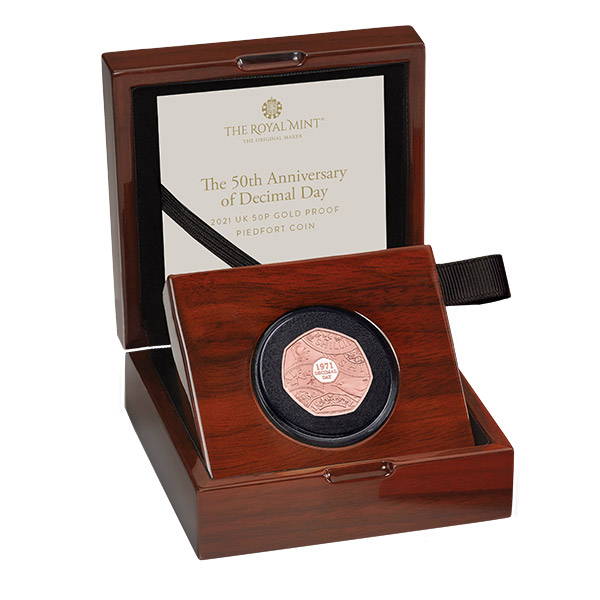 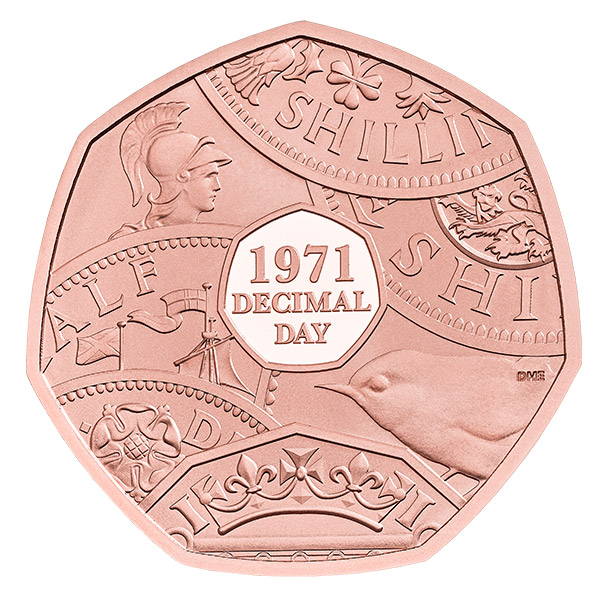 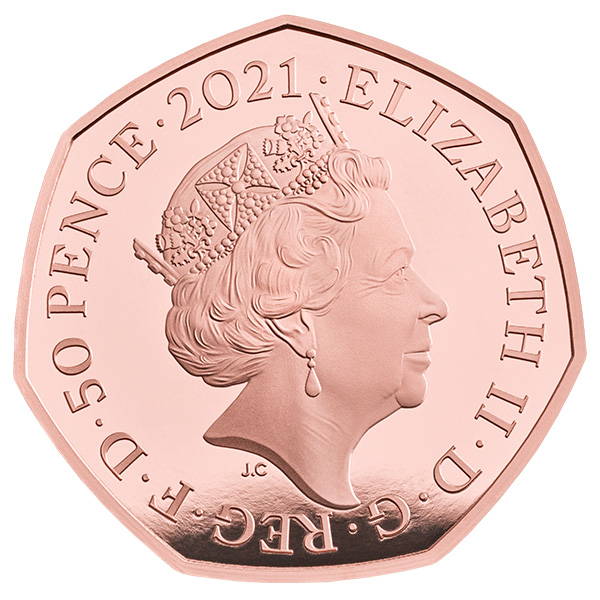 The success of the decimalisation project began and now, some 50 years later, we celebrate The Royal Mint’s successful Decimal Day with a new 50p commemorative coin that brings carefully selected pre-decimal coins and sets to mind, bringing forth a sense of nostalgia to this momentous occasion. This mammoth task was one of the biggest challenges The Royal Mint has ever faced.

Since decimalisation, the coinage has been reviewed several times and has continued to evolve. The sixpence was finally demonetised in 1980 and the decimal halfpenny disappeared in 1984. The 20p was introduced in 1982 and the £1 coin made its debut in 1983. The 5p and 10p were resized in 1990 and 1992 respectively, resulting in the shilling and florin finally being demonetised, while the smaller 50p coin entered circulation in 1997.

Featuring a reverse design created by senior designer Dominique Evans, it looks back to the original coinage that was replaced on Decimal Day.