The Sovereign is a gold coin of the United Kingdom, that has been struck since 1817 until present time. This coin has a nominal value of one pound sterling and was originally a circulating coin accepted in Britain and around the world.

Nowadays, it is a bullion coin that is not intended for circulation, meaning that the intrinsic value of which is much higher than its face value.

The classic Sovereign coin has been celebrated with the release of the Five-Sovereign Piece for 2020, which takes this classic to a new level. The quintessential design by Benedetto Pistrucci’s iconic St George and the dragon design is now joined by a unique mint mark to celebrate a royal anniversary.

With the Five-Sovereign Piece for 2020, we honour the 200th anniversary of the death of George III, while we remember the legacy and life of George III, who was one of the longest reigning monarchs in British history. He reigned as King over Great Britain and King over Ireland from 25 October 1760 until the two countries united in 1801. After the union, King George III was King of the United Kingdom of Great Britain and Ireland until his death in 1820. Royal UK have said that “George III was the most attractive of the Hanoverian monarchs. He was a good family man and devoted to his wife, Charlotte of Mecklenburg-Strelitz, for whom he bought the Queen's House (later enlarged to become Buckingham Palace).” 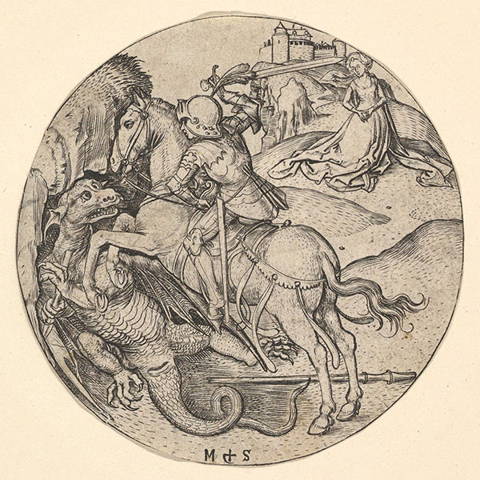 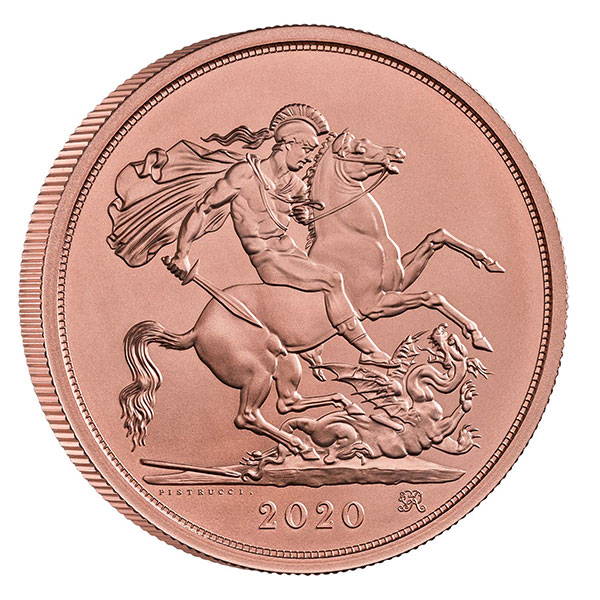 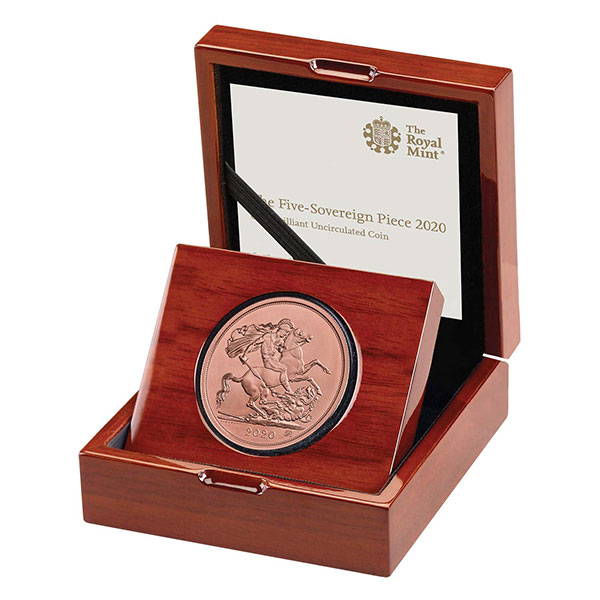 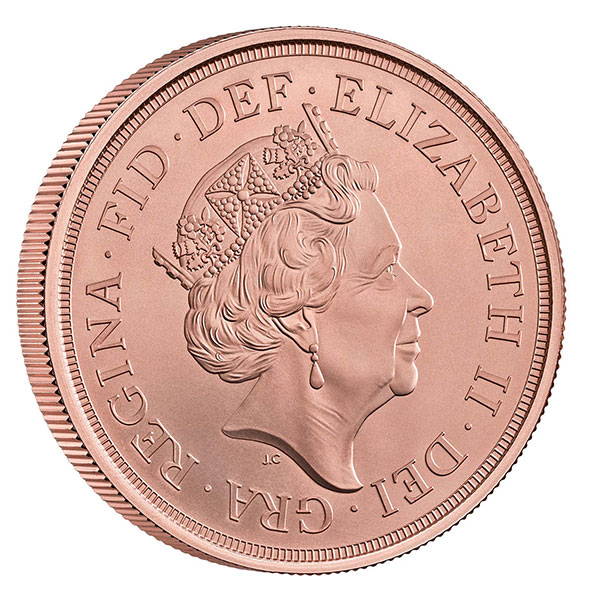 This edition of the Five-Sovereign Piece features a mint mark, which was inspired by George III’s royal cypher, combining George III’s first initial with ‘R’, an abbreviation of ‘Rex’ which is Latin for ‘king’.

Nowadays, it is a bullion coin that is not intended for circulation, meaning that the intrinsic value of which is much higher than its face value.